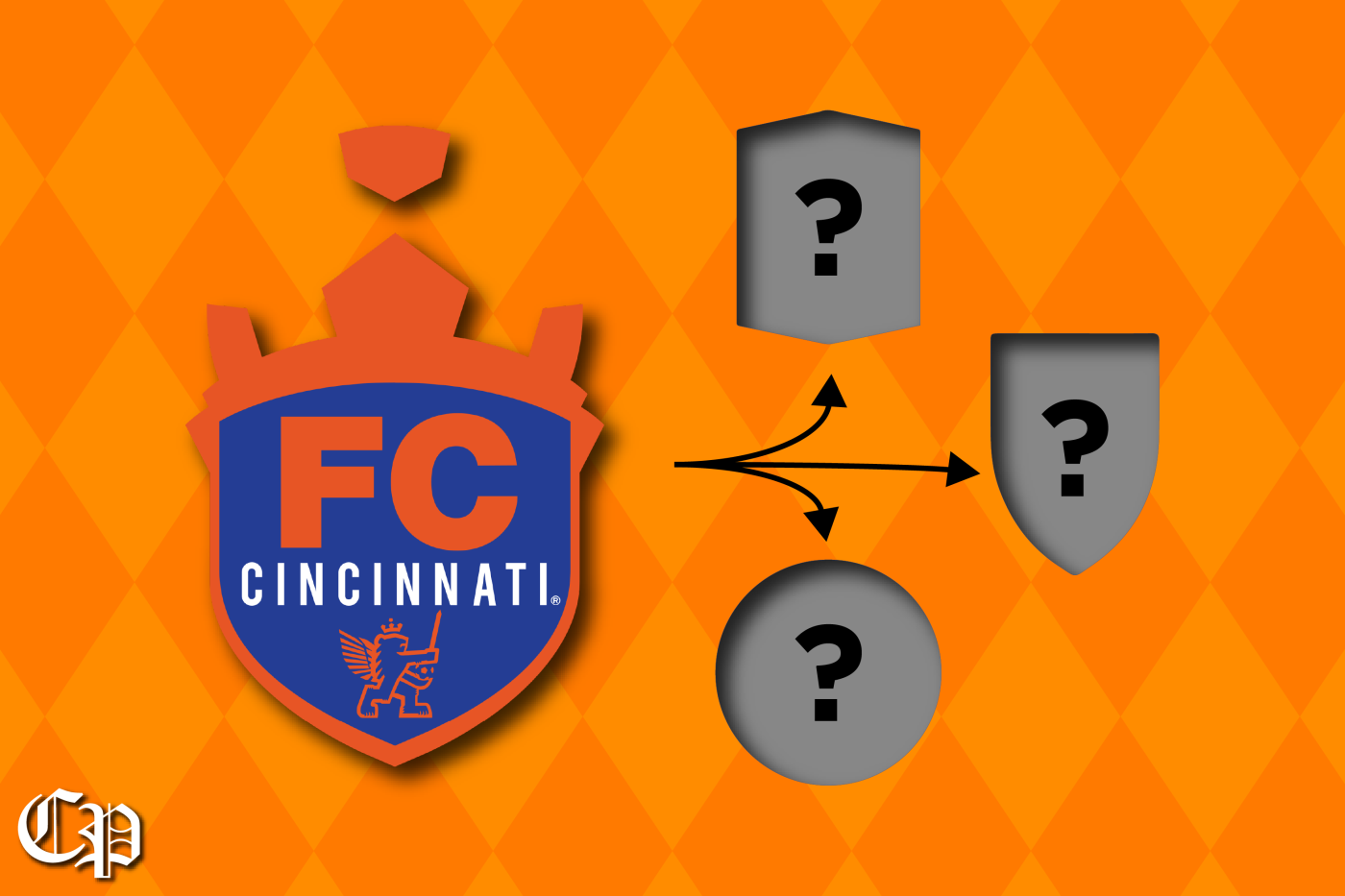 Finally! FC Cincinnati’s long awaited MLS brand update has been announced. On November 12th the team will fill the Woodward Theater with 200 supporters for a presentation at 6pm sure to go down in FCC history. This is what many consider to be Cincinnati’s official step into the MLS threshold, so I encourage all Season Ticket Holders to check your email if you’re interested in attending. As for the branding itself, here’s a glimpse at what you can expect…

Already confirmed, FC Cincinnati will not change. However, the “F” that you never gave a second thought about will now stand for “Fussball”. Fun fact: it was formerly “Futbol”. This change is largely due to vocal supporters who desired a stronger connection to the town’s German heritage. Honestly, it is a great fit.

Overall, you likely won’t notice the difference unless the designers decide to spell out the full name on the re-imagined crest. But they’re at least striving to make an effort truly integrating Cincinnati’s roots. No matter what happens, your local newscasters and mother-in-law will continue to refer to the club as “FC”.

This is likely what the majority of supporters are looking forward to. The original crest (seen below), has been widely criticized due to its oversimplification, lack of roots to the culture, and focus on the lamest elements, such as the enlarged “FC”.

Though a big topic, the only information revealed to the public about the redesign is that it will be led by the Cincinnati branch of the global firm, Interbrand. They’ve been a part of numerous international projects for major clients including the Sochi Winter Olympics and legendary Italian football club, Juventus.

Since we have little to go off of, I took the liberty of examining current design trends for other teams around North America to get a clue. Here’s what I’ve observed:

Beyond the observations of other clubs, there is also an abundance of preferences from FC Cincinnati supporters. The most common requests I’ve heard include:

And last but not least…

Blue and orange have already been announced as the official colors for FC Cincinnati’s MLS brand. In fact, they were specifically chosen when the team was created because no current MLS club utilizes them (except NYCFC). However, their current alternate/third color – black – has yet to be confirmed. If there’s a surprise in store, that’s the subject most likely to change.

While the official colors remain the same, I have noticed a distinct change in shades based on recent FC Cincinnati correspondence. If you want to get really technical and borderline conspiracy theorist, examples of the shift can be seen below.

Signs point to more than one shade of either main color. Darker, lighter, or the same, which do you prefer?

Expect full blown changes when it comes to kits. As mentioned, colors will be updated and a redeveloped crest will be installed. The supplier will also change because unlike the USL, MLS contracts Adidas for their league. Say goodbye to the Nike swoosh. Lastly and most notably, Toyota will be replaced by Cincinnati’s MLS jersey sponsor, Mercy Health.

MLS will also run a 4-year trial period beginning in 2020 for clubs to sell a 2×2 inch portion of space on the jersey’s right sleeve for advertisement. It will replace the MLS crest itself. This is only permitted to clubs who have a primary jersey sponsor – FC Cincinnati fulfills that requirement. But once again, this change won’t be implemented until 2020 so don’t expect to hear about a new secondary sponsor on the 12th.

There is a ton of potential for creativity in new kits. The only real hindrance is Major League Soccer’s own inclination to oversimplify away jerseys and use the exact same kit for every goalkeeper – those will not be unique for each club.

Prepare to pay more. A lot more. FC Cincinnati’s front office has done a top notch job keeping ticket price inflation mitigated for their audience. However, nothing was said about merchandise. An upgraded product means an upgraded price. So, if you’re a big fan of buying a jersey like I am, you may want to start saving. MLS replica home jersey’s go for $115. Authentic range up to $150. I’ll take one Ledesma, please.

I wouldn’t expect any sales soon either. With the holiday season approaching, your USL gear becoming irrelevant, and demand for the MLS merchandise through the roof, pricing will kick-off right where all other Division 1 clubs are.

On the flip side, we may actually begin to see orange and blue products alongside that of the Reds and Bengals gear found in every local chain store. Plus, a larger variety of products should be offered – such as car flags. Not a bad trade-off, huh?

Also, if you haven’t picked up your 2019 season tickets yet, reminder of pricing is below. I hope to see you there in March.

BONUS: There will be plenty of more minute changes as well that I have nothing to go off of so didn’t bother including in the article. Though I do personally expect a new slogan to replace “Rise Together” and new social media graphic layouts just to name a few. Have your own predictions? Feel free to drop a comment below or on Twitter. Thanks for reading!